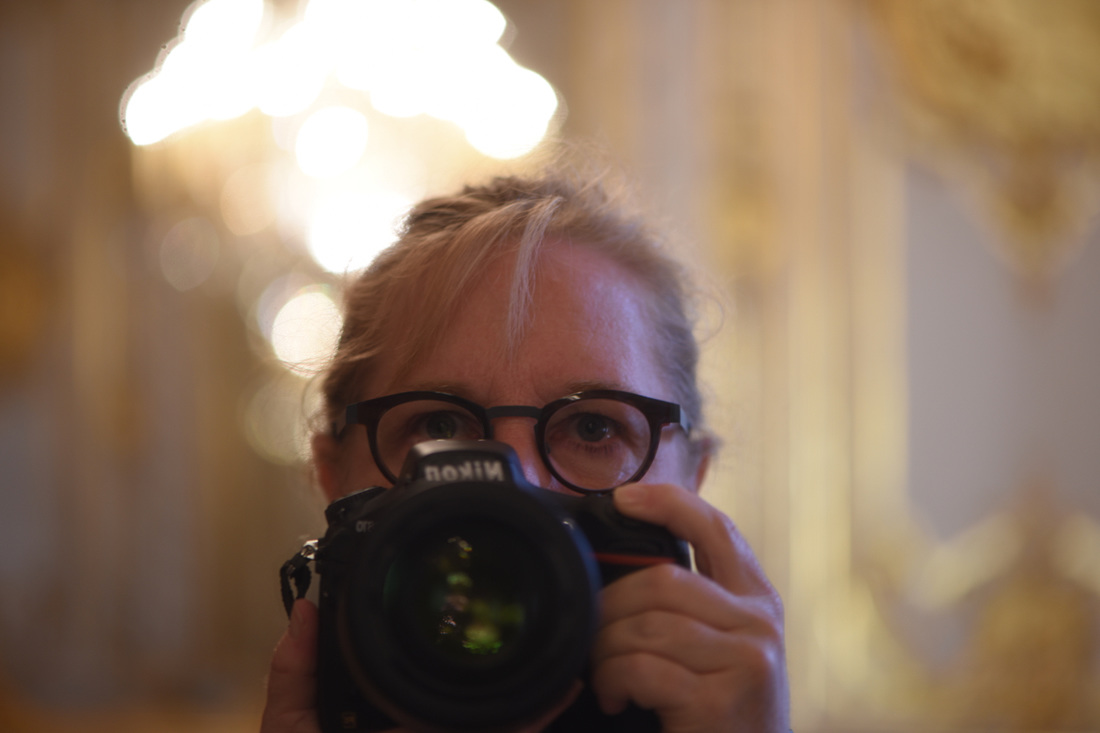 Texture, in detailed abstractions, continues to emerge in the artwork of Melissa Shanley.  She worked as a restorer and appraiser of fine antique furniture during most of her working life—and all of her life with her parents, as it was their métiers.  Thus, the grains and living surfaces of wood and textiles have influenced the need to create visually tactile work: art which evokes physical sensation, emotional feeling.

Melissa completed her primary education in San Francisco at a French bilingual school.  Her resulting life as a bilingual and bicultural woman, almost constantly needing to travel, helped her to understand that she was not an American or a San Franciscan.  Rather, she has always been an individual of the world, exploring, absorbing and translating into art what she senses in cultures around her: the calming yellow smell of saffron in Turkey, the dancing rows of white tree trunks in Central France or the deeply wise wear around a keyhole in a Canal House in the Netherlands, for example.  Melissa is fed by the ability to listen to those details which call to be captured.  She translates them into abstractions which bring the viewer closer to investigation, and the resulting silence, than they would consider venturing alone.

At the Claremont Colleges, Melissa was trained in various mediums, and all her skills later honed at L’École du Louvre, in Paris.  Having been greatly influenced at the Claremont Colleges by the artist, sculptor and professor, Charles Daugherty, she gained the insight and drive to not merely see and capture an image, but to explore the line which comes off that subject.  Her pursuit of line and texture eventually evolved to the camera: it allowed her an intimacy with her abstractions which she could get with no other medium.

All images are unique editions captured in natural light, avoiding any form of editing. The abstracted details are sometimes infused onto the surface of particular materials to create specific environments.  When infused onto large aluminum panels, the viewer is thus allowed a contemporary connection with the detail of abstraction, without obstruction of frame or glass.  In order to open the viewer to a more intimate relationship with texture, Melissa Shanley is also creating experiential sculptures and installations.  By transferring abstracted photographic images onto textile, she constructs environments of line and texture, allowing the public to explore personal silence.  An outdoor “forest”, Charlie's Forest, was created in this way recently at the Marin Museum of Contemporary Art.

Most abstracted impressions are captured in Northern Europe, where Melissa spends much of her time.  Recent years have found her work in internationally juried shows, as well as those juried nationally and locally.  Her work was exhibited at the Marin Museum of Contemporary Art where she received an honorable mention from Susan Snyder of the Caldwell Snyder Gallery.  She was then awarded a residency at same Marin MoCA in 2017.  A resulting installation, “My”, explores women’s experience in the current cultural climate, and received attention from Vicky Larson in a Style section cover story of the Marin IJ.  Melissa’s premier international showing occurred in the Netherlands in 2015, as she emerges into the European art market, as well.  Her artwork then began to be professionally represented in the United States.